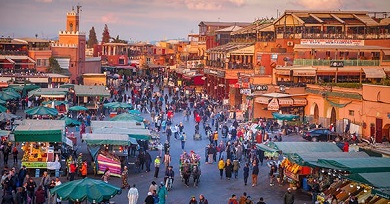 Nancy,Daffers and myself decided on a winter sun break at Marrakech. We did discuss with the cricket Rusters a trip to Cape Town. That would have been my sixth time in South Africa and I’m of an age where there are more new places to be seen.

Also after Japan I did not fancy another long haul flight. 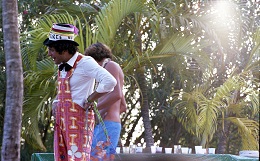 This is not my first visit to Marrakech as I came here in 1983 at the same time of year. It was there I met Mireille. I was staying in the Club Mediterranee, a sort of French middle class Butlins. Marrakech was a French protectorate and its influence in language, culture, cuisine is still pervasive.

It’s a constitutional monarchy though there were severe criticisms of the previous King Hassan in particular for the unlawful occupation of Western Sahara. 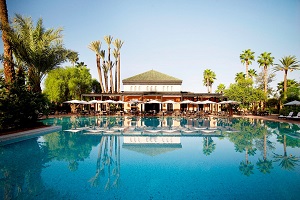 The Mamounia where we are billeted is one of the most famous gardens hotels of the world.

It was built as a palace in 1923 and turned into a luxurious hotel.

Winston Churchill was one of its most famous guests.

He loved to paint in the luxuriant tropical gardens and we had a drink last night in the red padded bar that bears his name.

In 2018 it had an expensive makeover with every effort to respect Moorish features with arches, dark wood  and lanterns.

The room was well-appointed with a balcony overlooking the gardens.

However, when I switched on one lamp the whole side wall of electricity fused taking out the telly, another lamp, safe and plugs. It took two trips from the technician to sort this. Rita, who was deputed to look after us, was much embarrassed.