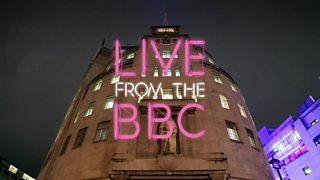 I don’t know whether I’m ga-ga, delusional, or even turning into a hard line, “hang ‘em and flog ‘em” right-wing Tory, but over the past couple of years, on the Stephen Nolan Show (aired from about 2200 hours to 0100 hours most nights) habitual Radio Five Live listeners like myself have been regularly forced to listen – almost without challenge or argument – to the trendy-lefty views of a lady who, to my mind, has a unerring ability not only to be wrong on every single topic she addresses but also to talk complete and utter tosh at great length whenever she opens her mouth.

Let’s get the standard disclaimers on the table.

Firstly, everybody all along the spectrum of political opinion loves to slam the BBC for being biased – an accusation Auntie’s executives traditionally fend off by maintaining that they are do their best to be impartial and surely the fact both lefties and right-wing loonies criticise the BBC for being biased to towards each other surely proves that the BBC must be getting their balance about right?

Secondly, now I think of it, actually it may not just be one lady I’m referring to. I guess it’s just possible that there might be two – or even three or four – of them. 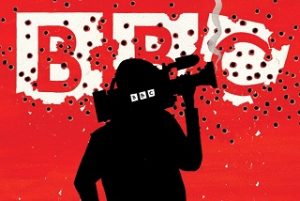 My point here is that (however many of them there are) they all sound exactly the same, i.e. whiney-Hampstead-leftie, right-on, feminist, “nothing that anyone but Labour does or says can possibly be good for the nation”, and – of course – whilst she or they are at it – “anything that the Tories do or say by definition is designed to keep their billionaire mates and fellow exploiters of the Earth free of taxes and/or paying their fair share to the nation whilst also looking down upon and exploiting the poor, hard-working, put-upon, denied-their-human-right-to-have-a-decent-life-let-alone-go-annually-to-Lords/Ascot/Eton/Cambridge-and-the-Maldives-three-times-per-year-on-month-long-holidays-if-they-want-to-at-taxpayers-expense ordinary, decent, working class people of the UK.”

Thirdly – and again I might be exhibiting paranoia or signs of losing my marbles here – but, in a strange (about-face) masochistic sort of a way, to some degree deep down inside I may even quite enjoy having this lady’s views broadcast at me through a proverbial megaphone every night without any response, challenge or filter.

Rusters will probably be aware of the counter-intuitive political wonk theory that actually – if you’re a Trot – when it comes to General Election time, there’s nothing more calculated to add roughly 100,000 votes per airtime minute to the Labour vote than letting Jacob Rees-Mogg go on prime-time television and simply hold forth with his sincerely-held views on anything/everything. 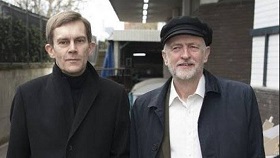 By the same token, alternatively – if you’re a rabid, head-banger from the Tory shires –  there’s nothing more likely to advance your cause than let Labour’s Jeremy Corbyn, John McDonnell or Seumas Milne loose on air for as long as they want (in fact the longer the better!) explaining how they’d run the country if only the electorate would let them.

A couple of hours ago, late on Sunday evening and into Monday, we Radio Five Listeners were treated to “Left-Wing-Annie’s” [as I shall now call her] views upon the ‘Operation Yellowhammer’ revelations that were extensively published in The Sunday Times yesterday.

This report – which to be fair made for pretty grim reading – was apparently based upon a genuine leaked secret governmental paper that gave a hard-nosed assessment of how things after Brexit happens were likely in practice to be, right across the range of commercial goings-on, e.g. border controls, shortages of food, medicines and other essentials; job losses; disruption to national life generally … and so on.

There’s been some dispute since as to whether the document leaked was genuine, or whether it was even giving a genuinely fair and honest appraisal of what might happen after Brexit – i.e. rather than, for example, a ‘worst possible case’ version which those in Number 10 were/are hoping (and/or confident) will not come to pass in reality.

My point is this: Left-wing-Annie’s line was this report was clearly the equivalent of what Moses claimed he’d been handed in tablet-form by the Almighty when he came down from whichever mountain it was he went up.

It showed starkly how life would be from the moment that a no-deal Brexit happened, as Boris was committed to deliver. And therefore such an outcome must be avoided at all costs.

When Stephen Nolan put it to her that she was potentially reverting to peddling Project Fear, she strongly denied this. It was a leaked government paper, ergo every word of it was gospel-true and it was absolutely right that we – the public – should know what we were getting ourselves into.

Sitting at home in front of my computer I was left to react by running with Left-Wing Annie’s thrust and – extrapolating it to its logical end – yes indeed, why don’t we release to the public every governmental assessment that might be relevant to the country’s future … so that the electorate can properly be equipped to take a considered view upon which Party we’d like to see in Number 10, at the controls of the country’s future?

Let’s see the secret MI5 and MI6 projections of how strong the nation’s security would be if the likes of Jeremy Corbyn ever had the nuclear button as his to press (or not). Let’s see the government’s assessment of how the nation’s finances would be say after a couple of years of John McDonnell operating as Chancellor of the Exchequer.

I’m not being biased here – let’s also see the equivalent for every Lib-Dem, Tory, SNP and DUP or Plaid Cymru leader and MP as well.

And here, of course, I’m talking only about their political views. But we haven’t got started yet. 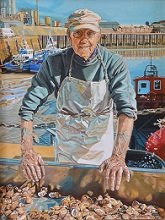 Let’s also see the Elite’s assessment of every politician in the Houses of Parliament in terms of their personal IQ, common sense, leadership qualities, competence, ability to withstand the strains and stresses of high office, personal sexual peccadillos, and even whether they’ve got the innate ability even to run a whelk stall, still less the government of the UK.

Some of the results might be fascinating but also very revealing.

At the moment, of course, we poor ‘mushrooms in the dark’ are not given candidates to vote for selected on their merit to do a job.

We’re only given candidates to vote for selected by the political parties themselves purely on the basis of their ability to appear appealing and plausible to the general public when going on the airwaves and spouting and defending whatever-the-Party-line is on the ‘topics of the day’ at any particular time.