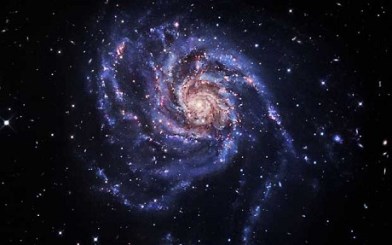 I’m confused. Are there any absolute facts in this world? Those with religious beliefs appear to think so, though of course it depends somewhat upon which set of religious beliefs they possess because – of the full range – so many of them are incompatible.

I refer not just to the differences between Muslims, Christians, Buddhists … not to mention adherents of all the other religions in the world.

If you take Christianity, for example, there are as many different shades and convictions as there are grains of sand upon a beach – especially upon such issues as sexuality, the sanctity (or not) of marriage, the role of women and the most vexed of them all, i.e. whether ‘the word of God’ is absolute as originally recorded by man or, alternatively, a changeable, evolving, feast that can only (and should) remain relevant by adapting to a fast-moving world in an acceptable, practical, fashion.

Then there’s the position of science. Granted, there are great men and women of science who also believe in God and/or do not regard devotions to pure science and to religion as mutually exclusive, but – I’m generalising here – for the main part, it seems to me – science and religion do have a problem co-existing.

Science seems to deny the existence of both God and absolute truths. Rather, it holds to the view that logic is everything. Apparent scientific ‘facts’ are not really facts. All of them – even the longest-held and seemingly most incontrovertible such as the theories of gravity and relativity – are merely our ‘best’ theoretical conclusions to date that, based upon scientific observation and experimentation, seem to explain everything we have so far found in the physical universe. Any of them, indeed all of them, may be proved wrong at some point in the future – however, when and if that happens, we shall be able to replace each and every one of them with a new and ‘better’ theory/explanation.

That is, until something happens which disproves them, whereupon – of course – we shall replace them with a new theory. Presumably, ad infinitum (that is, at least until someone proves that infinity doesn’t exist).

Tim, one of my oldest pals, had a distinguished military career – this was almost pre-ordained, as he came from a military family and seemingly had the army imprinted upon his DNA. He and his family discussed everything in an open, matter-of-fact, way and nothing was off-limits. I found staying with them in the school holidays quite liberating in this respect. In comparison my own parents were reserved and ‘stiff upper lip’ – generally, ‘difficult’ things in our family went unspoken. So to sit and the breakfast table aged fifteen, at which stage in life my grip upon the ‘facts of life’ and indeed the intimate geography of the female body was rudimentary to say the least, and be asked about my sex life, contraception and similar by Tim’s mother was almost as emboldening as it was embarrassing.

Many years later, at a dinner party, the young marrieds present were discussing our dilemmas over parenting our small children, not least how to respond to their questions about the world.

Someone mentioned how difficult it was to deal with queries about the existence of God, and what exactly constituted right and wrong – not to mention a thousand other topics –  when you’re not quite sure of the answers yourself.

I commented that, in this respect, if I had my time again, I’d probably choose to be a child of Tim (who was known to most of those present).

I was asked why. I replied to the effect that I had no idea whether Tim believes in God or not – it didn’t really matter for my example – but I was pretty confident that his kids knew the answer. How so? Well, because the first time they’d asked Tim “Does God exist?”, Tim would have immediately responded either yes or no … and that would have been that, issue dealt with.

My point was in this mad, crazy, complicated, frustrating, world where absolutely anything seems to go, to be given some certainties in life, some guiding rules to live by, was a great help to a young mind.

There are dangers in this approach, of course. Was it not the Jesuits who held to the principle ‘Give me the child until the age of seven, and I shall give you the man’? To an extent, it depends what certainties you’re giving the child. There are a few, extremely valuable principles that work for everyone … and then there’s brainwashing, not least the kind that can lead to fanaticism.

We all try to live our lives as best we can. I quite like the concept that, after we’re gone, our memory and reputation will amount to the sum of everything that everyone who knew us thought of us. Hopefully, for most of us, the good people thought (or think) about us will be greater than the bad. That stands, even if, in the case of particular individuals, both the good and the bad they thought of us was undeserved.

Or even, in the case of the bad – had we known about it – we’d have regarded it as singularly ‘not the whole truth’ or indeed unfair.

Which brings me to the far-reaching effects of the decision of the European Court of Justice’s decision in May this year to uphold someone’s right to ‘correct’ or ‘erase’ supposed facts about them published upon the internet which they regard as incorrect, unfair, critical or inconvenient – especially if it was long in the past.

Much has been made of this decision’s impact upon freedom of speech and whether or not someone should have the right to have ‘untruths’ about them taken down.

Apparently, since May, Google has already received 70,000 individual requests to have personal references and information altered or removed.

I thought the bottom line – if not the whole point – about the internet was that it was totally uncontrollable.

The world has had a hard time getting its head around the concept that, just because something has been published on the internet, it hasn’t necessarily been through a ‘truth’ filter, or had its homework checked by a third party university tutor, beforehand.

That there’s a mountain of bilge out there on the web, masquerading as fact, is a given – and about as certain a scientific fact as you can get.

Which, of course, isn’t very certain at all.

But does that mean it should have to be invigilated and, if necessary, corrected.

Or should I say ‘censored’?

I suppose it depends upon your viewpoint.

Against the background of this latest lost alleged ‘paedophilia’ file submitted to the Home Office by Tory MP Geoffrey Dickens (suggesting that there was a significant amount of sexual depravity at Westminster in the latter part of the 20th Century), which apparently has the potential to be a scandal at least as big as the one over MPs expenses, I remain totally against censorship, and indeed positively for the exposure of any misdoings by those in public and political life.

On the other hand, if someone with a grudge – however justified or unjustified – was maliciously putting out all kinds of lies against me willy-nilly on the internet, I’d be bloody annoyed and want to do something about it.

As I suggested much earlier, although by definition there are few – if any – absolute facts in life, plenty of things get published and otherwise spread as if they are exactly that.

In a similar fashion to the adage ‘One man’s meat is another’s poison’, it can sometimes be the case one man’s fact is another’s lie.

I guess as well that subjectivity comes into it somewhere.