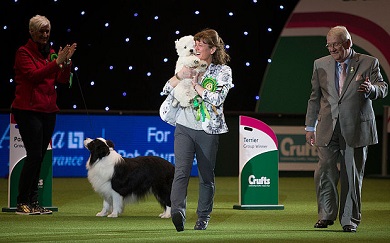 Let’s leave the loonies appearing in the Jeremy Kyle Show who live on Benefits Street, smoke industrial quantities of dope, do most of their communicating with their fellow man or woman on Facebook and seem to specialise in exotic pets like pythons, lizards and terrapins …

Most people I know in real life who have or like creatures who qualify as domestic pets tend to sub-divide into those who like cats and those who like dogs, though of course (as night follows day) there are also a significant minority of households in which even these species happily coexist.

And here’s the necessary declaration of interest before I get any further – I’m a canine lover, not a feline one, for reasons which centre on the twin facts that, generally-speaking, dogs are firstly, wonderfully expressive and transparent beings and secondly, totally accept their inferiority to the human race whilst, however they get treated, offering it nothing but unconditional love.

At various points over last weekend – only because I could locate nothing else of interest anywhere else, I tuned into Channel Four’s coverage of the annual jamboree that is Cruft’s Dog Show – but not for the reasons that you might think.

I think it was the ‘professional’ Yorkshireman broadcaster Wilfred Pickles (of BBC Radio’s Have A Go programme which ran from 1946 to 1967), famous for having almost as many catchphrases as Sir Bruce Forsyth, who used to quip “There’s nowt so queer as folk …” and in truth my love of people-watching is why I don’t mind intruding upon the weird but very committed types who inhabit the world of dog-showing. (And when I refer to ‘certain type’ you’ll already have an inkling of your own as to both the male and female versions of the human sub-species that parade around the ring ‘showing off’ their pooches).

However, if you haven’t, I can only point you in this direction: one of my all-time favourite, uncontrollable giggle-inducing, movies is the 2009 mockumentary Best In Show (written and directed by Christopher Guest of Spinal Tap fame) – see here for a trailer – courtesy of – YOUTUBE

The fact is that, every time that Crufts comes around, the same old controversies are revived and given an airing in the UK media. I’m sure that those at the high echelons of the Kennel Club – and their critics – must prepare for this ritual with a similar sense of inevitability as the rest of us notice the first buds and daffodil-flowering in Spring.

Into the metaphorical stocks are strapped the ‘dog show’ fraternity – who, to be fair, cannot be faulted for their love of their pets, just their devotion to this extreme form of it – and up step the anti-dog-show brigade to lob lumps of filth at them for treating their charges as humans (or worse) and their general obsessiveness on the subject which, the critics argue, ignores the essential nature of dogs and therefore effectively amounts to cruelty by denial – an accusation that the dog-showers resolutely dismiss out of hand.

With apologies to all Rust readers who are ahead of me here, this year’s causes celebre are pretty much the same as ever.

Firstly, that via its supposed ‘best standards’ for each pedigree breed, the Kennel Club unwittingly causes and perpetuates genetic abnormalities and weaknesses. This, compounded by the stupidity of some well-meaning dog-breeders and the malpractices of others, results in the sorts of catastrophes that can randomly occur with in-breeding. In short – the charge is made – the very institution that is supposedly responsible for the quality of Britain’s pedigree dogs is actually making the general stock weaker and weaker.

They vehemently deny that, of course, citing the existence and efficiency of their checking procedures and rule book.

The issues will never go away. It’s perhaps a bit facile to characterise the two camps as those who believe that they treat dogs as they were designed and intended (i.e. as animals wonderfully suited to work with and assist the human race, but no more than that) and those who worship their dogs as companions almost more important in a family context than their own spouses or offspring.

As I said, this year’s controversies were as predictable as sunrise: never mind the one about the judge that picked her own sister’s dog as a ‘Best In Breed’ winner without ‘declaring her interest’, here’s the biggest one of all, about the German Shepherd which – on the face of it – certainly to the untrained eye like mine, looked positively deformed and yet managed to win its ‘Best in Breed’ title, thereby causing the Kennel Club to come out and tick the judge off in public – DAILY TELEGRAPH

After a longer career in travel agency than he would care to admit, Bryn became a freelance review of hotels and guest houses at the suggestion of a former client and publisher. He still travels and writes for pleasure. More Posts