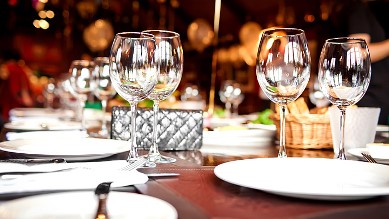 Our  Players Club of Sussex CCC is most social and yesterday we gathered at English’s, who sponsor the junior Sharks, fora pre-Xmas celebration. It was also attended  by two players, Chris Nash and Jimmy Anyon who did a ‘q and ‘a’.

I had a long telephone chat with a disgruntled Alan Tanner. Fulham have still to appoint but he is really miffed that it is Chris Hughton is at the helm of  top of the table Brighton, not Fulham. Apparently he made a good impression at interview some 15 months ago, really wanted the position, but the appointment committee could not agree. Fulham’s loss proved to be Brighton’s gain.

We also agreed cricketers are a different breed to footballers: more accessible and reliable. He was invited to a Fulham event where the two Fulham guests cancelled at the last minute. No risk of our boys doing the same and they were both fully integrated into the lunch. That consisted of oysters, smoked salmon, Coquilles St Jacques and choccy pud. Daffers would have approved. I must admit that my regular afternoon nap coincided with the ‘q & a’ but was no reflection upon it.  Sussex will be leaner in the second division, have recruited a spinner in Briggs and an overseas player adept in white and red ball is on the way. No names, no pack drill. We need to be fitter and the bowling injury list that for most of the season comprised Anyon, Shahzad, Mills and Hatchett to disappear. The fixtures are out now, no Horsham festival which is sad, but at least  Arundel week is on the calendar.

At  these events inevitably conversation does not stray too much farther than sport in general and Sussex  sport in particular. An Asian gentleman sat next to me who turned out to be a partner in  one of the biggest Brighton  law firms. He was an Ugandan Asian, his family were wealthy, left at gunpoint for the UK with nothing, where they  lived in extreme poverty. Ugandan Asians gave the UK the 24 hours corner shop and have a dynamic work ethic. He soon got on and prospered in his profession. We all agreed that this is a country that has thrived on the talents and energies of immigrants.

Ivan Conway will be reporting on Sussex sport. He is a member of the 1901 club at Brighton HAFC, Sussex County Cricket Club and an enthusiastic horse race goer. After selling his freight forwarding and conference business he settled in Hove. His other interests are bird watching, brass rubbing and bridge. More Posts