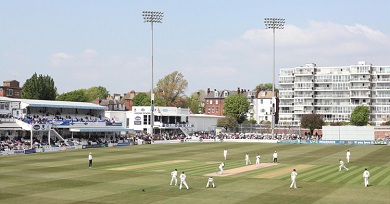 The Sussex Sharks assault on the T20 was beginning to look tepid with 2 points in the last 4 games prior to last night’s match against Middlesex. We won comfortably to overtake Middlesex into third place but it’s tight in the southern section. Our two spinners Danny Briggs and Paul Beer returned cheap figures of 3 for 24 and 2 for 23 as Middlesex went from 71 for 1 to 146 all out. This is not a defensible total and Sussex won with a couple of overs to spare.

I’m not a fan of T20 and one of the reasons why is the transient nature of the international player. David Wiese of Soth Africsa has now left after 4 games for the Caribbean big bash. As there is a doubt if Mudassar Rahman of Bangladesh will ever come over as the start date is forever rescheduled, Sri Lankan speedster Nuwad Kulaskara has joined us. Aussie George Bailey who did not much make of an impression for us last season was in the Middlesex side. Our Players Club funds the overseas players and two of these Murray Goodwin and Mushtaq Ahmed won us our first championship. Imran Khan and Garth Le Roux were indelibly linked to Sussex but the modern player in no more than a mercenary. Which is why when coach Mark Davis asked us to assist in the funding of David Wiese I was reluctant so to do. One of the joys of Sussex cricket is the number of cricketers born in the shire. Chris Nash hails from Horsham, Lewis Hatchet from Shoreham, Matt Machan and Ben Brown from Brighton. Going back a few years Maurice Tate, father and son Parks, The Wells family, Len Lenham whose grandson is in the Academy, were all from Sussex. One who was not is Tony Cottey the ex-Glamorgan player who was a gritty sheet anchor in the championship side.   He now runs our Players Club and no one begrudged Tony having his back to play as he followed Wales heroic victory over Belgium on the tv. I watched a bit of it and Belgium seemed to be outplaying them with their slick passing game. But fair play they absorbed it all to score two late goals.

One thing that does not change is the beauty of the ground at Hove. It’s been a miserable summer weather-wise but the sun finally shone in our faces as we downed a few pints of Harvey’s ale. With loud and intrusive disco music accompanying every 4, 6 and wicket it’s harder to have a chat but we did largely on the momentous political times in which we live, Brighton was 68% stay and cheekily even said it would declare itself an independent republic. The political landscape changes like a kaleidoscope sometimes on an hourly basis but we all find it odd that Boris has manoeuvred so long and artfully for the leadership now withdraws and the stay candidate Theresa May looks a shoe-in.

Ivan Conway will be reporting on Sussex sport. He is a member of the 1901 club at Brighton HAFC, Sussex County Cricket Club and an enthusiastic horse race goer. After selling his freight forwarding and conference business he settled in Hove. His other interests are bird watching, brass rubbing and bridge. More Posts