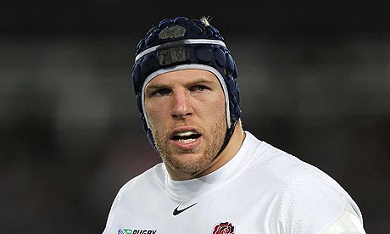 England rugby player James Haskell hit the media this week by giving an interview bemoaning the fact that that TMO video replays of incidents during a match are relayed to television viewers at home and to crowds in the stadium, apparently on the twin points that in his view this may unduly influence the match officials on the pitch in making their decisions and that, in any event, slow-motion reviews tend to lead to distorted perceptions about the nature of an incident.

In passing Mr Haskell – no stranger to yellow cards and therefore time spent upon the naughty step – made known that he did not feel the yellow card he received in England’s recent Six Nations match against Ireland at Twickenham had been justified.

For what it’s worth, I was watching the match in question on television at home and (having seen the video replays in question) had no issue with the yellow card decision of referee Romain Poite.

But that’s only my view.

As elite sports generally wrestle in their different ways with the implications that come with the advance of video technology, it seems to me that there are two attendant and potentially conflicting aspects that spring to mind.

The first is the general ‘climbing of Everest’ (because it’s there) principle. Once the genie is out of the bottle, it’s never going to go back and in fact sporting integrity demands it.

The second is that, even when video technology is available, as night follows day, it is impossible to remove the human fallibility factor entirely. 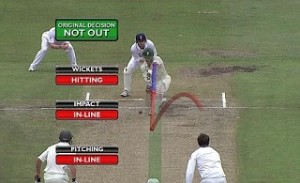 For example, who can possibly say that the advent of (Hawkeye) video technology as it has been applied to the game of cricket has not enhanced it?

Through a combination of a well-thought-out system and straightforward speed of gaining the decision – and possibly a slice of good fortune – the ‘answer’ is given swiftly, the conclusion of the officials (both on the field and in the video box) is accepted as paramount, and the game goes on.

One issue that is, and will probably remain, problematic is that of consequences. Surely one day logic would demand that where a decision taken during a match is patently wrong it should be righted subsequently?

I can think of two examples from football – firstly, where [hypothetically here, I do not follow the game avidly enough to be able to quote a real-life example of which there may be many] where a goal was awarded in a vital match when de facto, from the video evidence, the scorer was patently off-side as he ‘scored’ it? 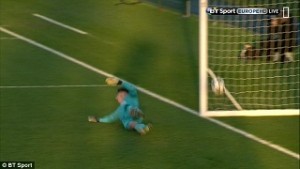 Secondly – and this example I saw on television – in a European tournament Under-20 game being played by Valencia CF (head coach Gary Neville) that went to penalties, the crucial example involved went into the goal, bounced off a stanchion, and came straight back out again.

The referee and linesman conferred … and, apparently on the evidence of what they saw, not having access to video replays … disallowed it, to the utter consternation of the losing side.

In either or both those case, is there not an argument that – under appeal and subsequent review – the official decision, or indeed result of the game, should have been reversed/corrected?

I accept that this would give rise to complications, not least that (arguably) part of the fascination of sport lies purely in ‘what happens on the day’ – good or bad – and the talking points that result, again whether they be of ‘injustice uncorrected’ or ‘tough luck, but that’s life, mate – it happens to us all’.

Another might be that – with a post-match review potentially changing the result of a match – the whole thing might get out of hand, e.gh. as Team A appeals the result … wins that examination … but then Team B appeals the ‘altered decision’, and so on.

However, I do not think that the fundamental issue will go away anytime soon. It needs addressing.

And perhaps not in the manner that FIFA dealt with Ireland’s defeat and failure to qualify for a World Cup because of a Thierry Henry ‘hand ball’ leading to the French goal that knocked them out (a subsequent 5 million euro payment to the Irish FA in apparent unofficial compensation).

As for human fallibility, in the sport of rugby union on not a few occasions I have witnessed situations in which the referee has referred a possible try upstairs to the video TMO – they have replayed the move leading to the try from every angle, sometimes several times, and then conferred – and ultimately, between them, still got the decision wrong.

Part of rugby’s problem is that its application of video technology takes far too long anyway. Little irritates a crowd in the stadium on the day more than three or four minutes’ worth of ‘official work’ before a decision emerges (and let’s leave those of us watching at home, throwing cushions at the screen as we consume our tea and crumpets, out of it).

Issues, problems – but that is what makes the world of sport go around, isn’t it?