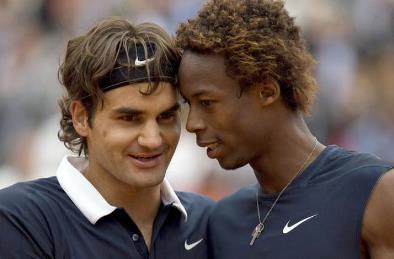 Like many of the National Rust staffers I enjoy a flutter or as I said to Daffers after a liquid girlie lunch ” more tickle, less slap.”

For the  US Open tennis I had a conservative stake plan: Serena Williams and Novak Djokovic on a  win double and Roger Federer to reach the final. My wild card was Wilfred Tsonga. He beat Andy Murray in  Toronto but was easily brushed aside this time. I feel sorry for Murray as I did for Tim Henman for playing in the eras of Sampras, Federer, Nadal and now Djokovic, 4 of the greatest .

One of the unusual features of the US Open is the amount of night games. Last night there was a thriller when Federer came back after being 2 sets down. At 33 the Swiss has had new lease of life. I would place Roger as one of the greatest sportmen let alone tennis players of all time. Whether ina press conference in his cashmere cardigan or sashaying on the base line he is a model of grace and poise.

We also on the Rust have a good banter on our specialised sport. I told Alan, Rex and Ivan that I cannot see how footballers can complain of playing team sport twice a week when a tennis player  has to play 3 hours at a time every other day in gruelling conditions.

After her promising tennis career was cut short by a shoulder injury, Abbie went first into coaching and then a promotional position with the Lawn Tennis Association. She and her husband Paul live in Warlingham with their two children, where Abbie now works part-time for a national breast cancer charity. More Posts