During the course of this week – amongst other things (of course, we must not forget Brexit) – the British media has been featuring of pair of stories that some might argue have the archetypal ‘two sides’ to them and they both concern the youth of the nation. 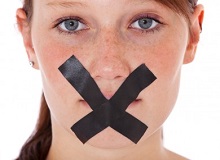 We need to dig down into what exactly what ‘youth of the nation’ means in this context. As I’m in my late sixties the average punter might be forgiven for assuming that I’m referring to anyone under the age of fifty (i.e. anyone more than fifteen years younger than me) but I’m not.

I’m not even referring to those over 18 and under 35 whom (we are constantly being told) are hamstrung in terms of life chances by the fact that so many of them – unlike the ‘Baby Boomer’ generation of which I’m not technically sure I qualify but possibly may do – cannot afford for themselves to get on the property ladder and therefore are now condemned either to renting forever; or else ‘returning’ home to live with their parents in their late twenties or older; and/or else have otherwise been (and/or still are) relying upon the ‘Bank of Mum & Dad’ to help them buy somewhere. 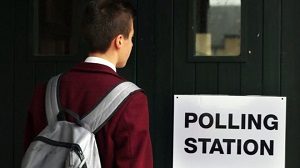 As it happens today – quite deliberately to begin with – I’m referring to those aged between the ages of 12 and 18, whilst acknowledging that the current sexual age of consent is 16, the qualifying age for entitlement to take a driving test is 17 and that to vote is 18. 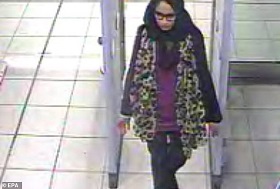 The media stories I’m referring to are, of course, firstly, that of the case of Shamima Begum – the now 19 year old female who fled from school in East London at the age of 15 to join the supposed ISIS caliphate in Syria, ‘married’ an ISIS fighter and is currently heavily pregnant with her third child (two earlier ones having died young).

Begum is now in a refugee camp and gave an interview to a journalist from The Times in which she says she now wishes to return to Britain for the benefit of her soon-to-be-born baby.

And secondly, that of the ‘Youth Strike 4 Climate’ protest by school pupils that took place in sixty towns and cities across the UK yesterday and received widespread (I might even say ‘blanket’) live coverage across news radio and TV channels, some of which – to be fair – featured some impressively-articulate young of both genders, the majority of them female as it happens, being interviewed on the aims of their campaign, its origins, what the world’s governments need to do to save the planet – and indeed what personal contributions they themselves were making to limit the damage they were inflicting upon the Earth’s ecological system.

Some of them didn’t seem able to see the hypocrisy in, on the one hand, ‘calling out governments’ over climate change … and yet, on the other, them flying off on exotic holidays in the sun with their families three times a year and/or being taken to school every day in plush 4 x 4 motor vehicles by their parents.

Ah well, it was – above all – a fun day out, an opportunity to gorge on social media and possibly, if they were lucky, being able to see themselves later on the telly.

Watching it all in a semi-comatose state from my favoured TV armchair I became quite nostalgic for the old times of the 1968 ‘year of student revolutionary protests’ and the Yippies’ mantra “Don’t trust anyone over the age of 30!”

The aspect I wish to address today is that of the age at which modern human beings can be taken to know their own minds. I do so all to aware that I’m going to make some sweeping and potentially controversial comments and, in doing so, might be dismissed for being a foolish old reactionary.

It seems to me that here are no absolutes when it comes to considering the point in a young person’s life when they can be said to know their own mind. Thus – in any country or legal system – someone somewhere determines (or alternatively perhaps by some democratic means it is decided) at what arbitrary age this can be deemed to be the case.

As already stated, in the UK the voting age is 18. Although the youngest at which someone can join the military off their own bat is also 18, de facto (with parental consent) you can actually join at 16.

Both in the context of Brexit and the ‘Youth Strike 4 Climate’ campaign, the argument has been made that the voting age should be reduced to 16. The case for this has been underpinned by the notion that the issues concerned – being so fundamental and far-reaching (and therefore likely to affect the future well-being and lives of young people more than any older sector of the voting population) – demand that those younger than 18 should have been allowed a vote.

Arguments on this theme were made both in the Scottish Independence and the 2016 EU Referenda, in the latter more recently on the basis that it is now two years and counting beyond the vote and that therefore – were the vote to be re-run in 2019 – there are X million of now 18 year olds who, had they been able to vote in 2016, might have changed the result of the Referendum to the ‘right’ one (i.e. Remain).

This was also one of the points being made by those campaigning for a Second Referendum or ‘People’s Vote’. 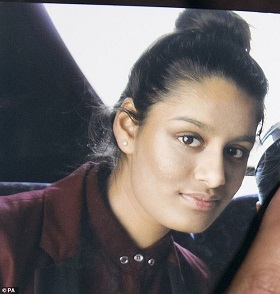 Now, on the row over Shamima Begum’s plea to return to the UK.

The liberal case for her to be allowed to return to bring up her (totally-innocent) baby, when he or she is born, amounts in its essence to this.

Yes, she and her two pals made the decision to go off and join the jihadist ISIS mob.

But she was 15 at the time and had undoubtedly been ‘groomed’ by fanatics into making that decision.

She was a ‘victim’ and – as a result of said grooming – not capable of making her own mind up. She’s a British citizen and is entitled to return to the UK – according to Lord Carlisle, a human being cannot be ‘stateless’ (as those who don’t want her back are claiming in their thrust that she has forfeited the right to UK citizenship), end of message. 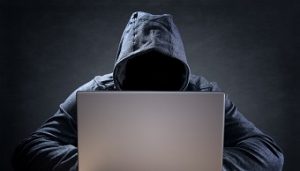 Inherent in the arguments of those who proclaim the right of Begum to return to the UK is the line that she was effectively brainwashed and – especially at the age of 15 – was incapable of making a proper decision.

The same is repeated when her matter-of-fact and apparently callous off-hand remarks upon seeing the aftermath of public executions are brought up – i.e. at 19 she is still brainwashed and therefore, when she returns to the UK, needs to be carefully de- (or is it re-?) programmed in some sort of ‘rehabilitation’ process.

Firstly, never mind any of the above, who or what is to say that – if the ISIS caliphate was not on the verge of extinction in its current incarnation, as it is – e.g. say it was thriving and/or even expanding in its chosen geographical area, how likely is it that Begum would be making her plea to return to the UK?

Secondly, those making the ‘but anyone who’s ever done or said anything bad was only doing it because they’d been brainwashed’ case should be careful of what they wish for.

Sympathy for any victim of grooming/brainwashing is one thing.

But take that argument to its logical extension: 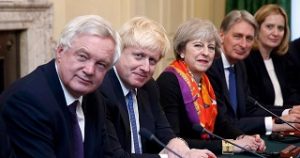 If, for example, I was a member of future Tory Party government with a healthy majority in the House of Commons – there would be nothing to stop me bringing in legislation to de-programme all those aged under forty who had voted Labour in the most recent General Election. 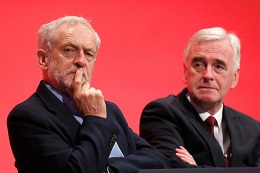 Well, because obviously in their youth – and indeed maybe later – they must have been unknowing ‘victims’ of systematic grooming by far-left activists in the Labour Party such as Jeremy Corbyn, John McDonnell and Seumas Milne into believing a whole pile of anti-rich, anti-capitalist, fantasy-filled political crap.

Or flip that argument.

What’s to stop a future Labour Party government in similar circumstances bringing in laws to de-programme all Tories and others – let’s characterise them here as filthy-rich, toff, privileged, uncaring and condescending bastards for the purpose – who had not voted for Labour in the General Election that brought Labour to power?

After all, to have voted as they did, they must have been ‘victims’ who had been groomed into it.

All of which tends to move me to the view that, for all its imperfections – some 18 years olds are mentally about 30, others about 13 – the voting age (18) in the UK, arbitrary though it may be, is about right.