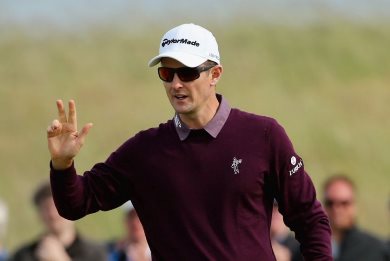 Every major has it’s own personality. The Masters always played at the same course is the most traditional. Given that America is only 350 years old they tend to be big on tradition. The Masters with its azaleas and dogwood, Butler’s Cabin, green jacket and Gene Sarazen’s albatross, is forever imprinted on the golfing calendar. Yet with its smaller field of entrants and its wide fairways it is probably the easiest to win. The U.S. Open is exactly the opposite and great golfers like Sam Snead, Sir Nick Faldo, Seve Ballesteros and Mcilroy as yet have never done so. The PGA being the fourth is the little brother but often produces a superlative tourney.

The Open, because it’s played on links, is hardest to predict as much depends on the weather. Depending on the wind there can be a variance from 6 iron to 3 wood on shot selection. The Open tends to be identified with chokers. Doug Sanders, Van der Velde and recently Adam Scott somehow pulled defeat out from the jaws of victory.

So predicting the winner is no easy matter. Tough weather is expected on Friday when one fancy Justin Rose is playing. He does not have a great Open record. Jordan Spieth has not played the course as a professional but nor did Champagne Tony Lima but Spieth’s decision to attend the John Deere and not the Scottish Open looks foolhardy. That was won by Ricky Fowler always worth a tickle major time. Dustin Johnson has the choker about him so the Pargitenners are going on 3 South Africans and one Aussie: Charl Schwartzel at a tasty 80-1, Branden Grace always a good competitor and Retief Goosen, back to form and Adam Scott who should have won 3 years ago when Ernie Els did.