As regular Rusters will be aware, I recently began my umpteenth fitness campaign in an eternal “start-stop” routine that I have been conducting for the best part of thirty years. 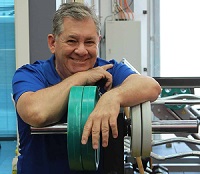 Before I embark upon my “Topic Du Jour”, for the benefit of the trainspotter-type fraternity amongst our readers, I should record for the record that – at some point last Autumn, I should guess towards the end of last September and/or beginning of October – I was about as fit/slim as my seven-decade body was capable of being.

At that stage I was walking approximately seven miles per day and then, on top of that, four times a week also doing a “high intensity interval training” (HIIT) session on a mat unrolled upon my sitting-room floor.

At one stage I’d actually got my weight down to 11 stone 8 pounds (162 pounds) – my apologies to anyone under the age of forty because I cannot work in kilograms – but by that stage some of those close to me had begun warning me that I was beginning to look emaciated and skeletal.

To prove how badly I needed to begin my latest fitness regime, last Friday (11th June) I weighed in at 13 stone 8.6 pounds (or 190.6 pounds), albeit that I’m beginning to suspect that my bedroom scales are somewhat on the blink because they’ve registered that amount each day for the last four days in succession.

Having reacted to the blanket media build-up coverage over the past week by deciding to render my brain a “EUROS 2020/2021” free zone for the duration of the tournament, yesterday afternoon – specifically in order to avoid the England v Croatia game  – I set off in the blazing sunshine to my local park wearing lycra shorts, trainers, sunglasses, a Bluetooth earpiece, my smartphone, a baseball cap and what virtually amounted to just a string vest.

There I undertook a project to circumvent the park as many times as I could within two hours in order to see how many steps I could rack up during the day [answer: 19,613 against my daily target of 10,000].

Listening to BBC Radio on my smartphone, it was impossible to entirely escape the football because of the regular sports bulletins and – once the game was over – I was obliged to listen to the aftermath, including the pundits’ analysis of the game and some of the post-match interviews.

I have no words of wisdom to impart on the subject of the game, which was won 1-0 by England thanks to a goal by Raheem Sterling.

Rather, I just wished to upon the interviews given after the match to John Murray, who was covering the match for Radio Five Live, by Sterling, England’s Leeds midfielder Kalvin Phillips, Atlético Madrid’s Kieran Trippier playing at left back and centre back Tyrone Mings of Aston Villa.

Apart from Sterling himself, who hasn’t played as much as he would have liked for Manchester City this term and was perhaps understandably  a little “touchy” when it was suggested to him that he’d been fortunate to make the starting eleven, I just wished to record here that all of these interviewees were highly impressive. 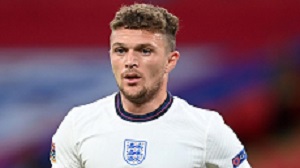 Normally – and this may be just me but – I find footballers (as a breed) pretty curt, matter-of-fact and relatively uncommunicative with a microphone shoved up their nose.

Here, they were all relaxed, humble and respectful in their comments.

Trippier – asked about playing at left back – said it was all about the team, he’d be happy to play anywhere if this contributed to the team’s success.

Not being a follower of soccer, I hadn’t come across Kalvin Phillips previously but he had made me a fan of his from the moment – when asked to describe the skill he displayed in evading two would-be tacklers to provide his exceptional “assist” to Sterling’s goal – he began “Well, firstly, I have no idea how I found myself up there [playing in such an advanced position] …” and spoke with great modesty.

Finally, Tyrone Mings – the England centre back – came across as cool and classy, opening by paying tribute to Trippier’s incessant chat which he credited with keeping him both “on point” and focussed and then conducting his interview with great openness and style as if he was just chatting to a friend.

As and when one day he hangs up his boots, Mings could easily become a football pundit if he wished.

Hats off to you all, lads!

Formerly a consumer journalist on radio and television, in 2002 Gerald published a thriller novel featuring a campaigning editor who was wrongly accused and jailed for fraud. He now runs a website devoted to consumer news. More Posts