From, time to time we feature “Lists” of people, performers, plays, movies, sports teams … well, just anything you can make a list of and discuss/debate. Here’s one I spotted today, chosen by Graeme Ross, on the website of  – THE INDEPENDENT [...] 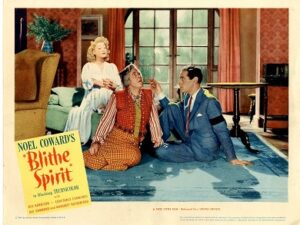 It was a mix of incompetence and coincidence that led to me watching this week the DVD of David Lean’s 1945 production of the Noel Coward play Blithe Spirit recently again released as a film. I fancied listening to some of the songs composed and sung by The Master. I recall my parents stack of [...]

There has been quite a debate over the wholly gay casting of Russell Davies’ latest offering It’s A Sin. On the Radio 4 show Start The Week presented by Andrew Marr on Mondays Russell Davies defended the casting on the grounds that there was unfair prejudice to gay parts. There should be, [...]

After early Truffaut I have moved onto another French director Francois Ozon who typifies why I like French films so much. I downloaded from Amazon Prime two of his films, Swimming Pool (2003) and 8 Femmes (2002). The story of the Swimming Pool is of successful crime writer Sarah Morton. It begins [...] 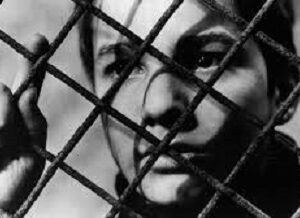 After rather binging on Hollywood, it’s time for a change and what better to revisit than the French New Wave cinema of the late 1950s? Quartre Cents Coups  (400 Blows) was Franois Truffaut’s directorial debut aged 27 and is rightly revered as a classic. The story is of 14 year old Antone [...]

One aspect of contemporary arts which consistently irritates me is the random woke application. A good example of this was a programme I saw recently on Channel Four entitled The 100 Greatest Musicals. I enjoy such programmes for the clips from the musicals and input from film historians and [...]

Yesterday I watched a recording of the film Shadowlands – the true story of C.S.Lewis’s late marriage to a Jewish American divorcee Joy Gresham. Joy’s son Daniel featured in the film but not her second son David. David was in fact at Cambridge at the same time as me. He attached himself [...]

I was underwhelmed by the film of the book. Speaking to resident Rust film critic Neil Rosen he asserted that this is quite normal and the only improvement of a film on a book was in his view The Godfather Part 1.  The warning signs are in the credits if  “based on the novel” appears and [...]

More than any other star, writers like to dish the dirt on Cary Grant, the lead in Affair to Remember.   At various times I have read he was flagrantly gay as he shared a house with Randolph Scott, his real name was Archie Leach, he was a Nazi spy and – unknown to him – his mother was [...]

This is the third film I have seen on the Israeli raid on Entebbe in 1976 and much the worst. The opening shot defined the film: it is of a modern dance troupe sitting in a circle singing an Israeli song when one falls from her chair. The film frequently returns to this dance troupe particularly [...]