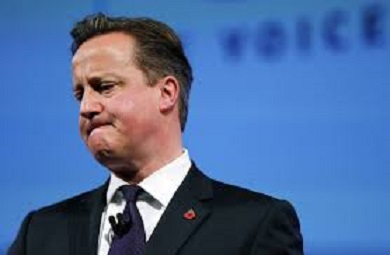 I’ve never made a secret of the fact that I find David Cameron a pretty unimpressive politician, having for many years now alighted upon (and stuck to) the view that he’s little more than a Tory version of Tony Blair. In other words, despite all his brave words and gestures – I’m not saying at all that he’s a hopeless performer on the political stage – he concentrates upon operating in the world of ‘real politics’ rather than by following any defined set of principles – well, certainly any that cannot be changed, ignored or adapted at a moment’s notice to suit some new particular situation that has arisen from left-field.

I suppose that, of course, that it’s perfectly possible to argue that conviction politicians, or those who approach the world entirely from principle, are just as dangerous as any other.

One of the complications for our major political parties is that they’re necessarily ‘broad churches’, eternally wrestling with their different internal interest groups vying for influence simply because, to put no finer point upon it, they have to present themselves as all part of a greater whole in order to get elected to power.

Another example, perhaps, of “we’ll all hang separately if we don’t hang together”.

In which context the problem for all political leaders is keeping a lid on their warring factions, or indeed trying to reconcile the irreconcilable.

As we watch the Prime Minister flying around Europe trying to get some sort of ‘renegotiation of the UK’s position within the EU’ that will allow him to recommend staying in when the impending referendum on our membership takes place; dealing with the implications of joining the war on ISIS; and now kicking the decision on the future of additional airport capacity into the long grass … win/win outcomes on all of them seem as far away as ever.

On each of them, it seems to me, Mr Cameron began from a position where he purportedly embraced a principle which then became a hostage to fortune and in consequence he is now inevitably engaged in a desperate struggle to find a solution.

In the case of EU membership, arguably Mr Cameron went for a referendum because it seemed like a good idea at the time – in that instance, with the General Election on the horizon, an attempt to neutralise the UKIP problem that might deny the Tories any chance of victory. Which, when it came to Election Day, went away anyway of its own accord, leaving him wrestling with the above-mentioned now bigger problem of how to ‘win’ the referendum.

In a similar fashion, the war on ISIS which we have now joined seems just as likely to have caused as many medium-to-long terms problems as it has solutions.

Even the ‘third runway at Heathrow’ issue (or whatever we choose to call it) smacks of similar. Everybody seems to agree that the UK has an urgent need of additional airport capacity, both for business/economic reasons and prestige in the world. However, the overnight decision to postpone any decision until the summer of 2016 – i.e. after the various May elections – not only looks like a stereotypical effort to ‘kick the problem into the long grass’ (again) but has prompted a hornets’ nest of indignation and outrage from everyone concerned in what that decision will be.

It’s a man’s life, being the UK Prime Minister …