I suspect any oldie out there will empathise with my post today – nothing more than a brief recap of things that happened to me yesterday whilst out and about in the modern world.

First up, I’m involved part-time in the conduct of a local organisation which meets occasionally and for which my primary duty is drafting and ultimately producing the final version of minutes of our meetings. 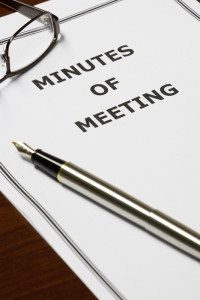 I would not hold out that producing minutes of meetings is a special skill of mine but – through a combination of the nature of my brain, some limited compositional English skills, a certain facility for being able to sift “the wood from the trees” of human interaction and a good deal of expertise gained through practice over the decades – it has become something I’m reasonably proficient at and quite enjoy.

Being the kind of person who can ‘get down to it’ when focusing upon one thing at a time (and when I’m not interrupted by other aspects of life), my routine is first to “throw paint at the wall and see what sticks” as soon as possible after a meeting has ended, by utilising my scribbled notes taken at the time and other memories of what took place.

I then sleep on it, revisit it line by line next morning, and send a “first draft” of it to the chairman of the meeting.

This is part of my “tennis match” approach to such matters.

I basically “serve” my first draft … and then have to wait for the chairman’s “return of serve” (his comments, suggested improvements and/or approval) before I can do anything more.

Here’s the first potential source of delay – the chairman may take two hours to respond, two days … or even two weeks.

I just have to sit there and take it. Or rather, (as I usually do) forget all about it and do other stuff instead. What else can I do?

Then, when he comes back, I attend to any changes he might want and produce my “second draft”.

I then “serve” again – this time to other members of the committee.

And have to wait for their “return of serve” (i.e. their comments or suggested improvements). That could take another two hours, two days or two weeks to come in.

Finally, when they do eventually “return serve” and I’ve dealt with any changes they want, I produce my “final draft” of the minutes, which then gets circulated to all the members of our organisation.

Thus, we can have a meeting on say a Wednesday night but the minutes of that meeting can quite easily take up to a month to be sent to our membership.

Whereas – effectively – I’ve done 90% of my work as the minute-taker within 12 hours – the other four weeks of delay comes from the waiting of input from others. Which I find a little frustrating.

There was a time when – taking minutes of a Board meetings at a company I once worked for –  my minutes would be drafted whilst the Board were at their habitual post-meeting lunch, on the desk of the chairman by 3.00pm for his approval … and issued to the Board by close of business the same day.

Yesterday, however, my progress with producing my minutes was impeded by having to wrestle with a “modern world” problem. One of the Board members had sent me his proposed changes to the draft minutes by using the Microsoft Word “document tracking system”.

My limited facility with this system enabled me to accept or reject his proposals by working through them. Okay so far. But then I wanted to “save” the amended document as a new document, dated yesterday to identify it as the latest version.

Could I do that? Well, only up to a point, Lord Copper.

I could happily “save” the document with a new title incorporating yesterday’s date.

But, whenever I then opened that new document – as I wished to do just to check all was well before sending copies of it to all the members of the Board as a final version – it always “opened” with all the deletions, comments, re-drafted passages of the Board member who’d sent his “tracked” document to me restored in full.

I have to record here that it took me nearly three hours of “trial and error” activity before I accidentally achieved my goal. And you know what, I still don’t know how I did it!

But that’s modern life, you see.

Computers and software so rarely just “let you do what you want to do”. They make life more complicated than it need be.

How much simpler would life be …. (ah, but I need not continue … I’m an oldie, so nobody will listen to me).

Secondly yesterday, I saw something that shocked me.

In my local town there’s a stout, red-faced, middle-aged man who sits all day on the street begging (sorry – selling The Big Issue) in the high street accompanied by a large dog who always looks terminally bored. He’s basically a fixture of local life.

Yesterday I didn’t walk down the high street, but was engaged upon an errand taking me to an office half a mile away.

En route, I came to a set of traffic lights, before which there was a row of houses. As I approached it – I kid you not – said individual, again with his dog, emerged from the front door of the first very pleasant-looking house and, right in front of me, put some rubbish into the black plastic rubbish bin by the front gate before going back inside again.

Said cove looked very different. Slicked back hair, brushed up and scrubbed – for all the world like somebody living a comfortable suburban lifestyle. Except that (four maybe six days per week) he sells The Big Issue every day sitting on the high street pavement.

What a bizarre world!

Lastly yesterday, after lunch, I was going to visit a relative currently residing in a care home.

I made my way to my local railway station intending to travel to Clapham Junction and then change and travel more two stops for the purpose.

This I was unable to do. All trains in and out of Waterloo had been cancelled due to a fire at or near Waterloo. 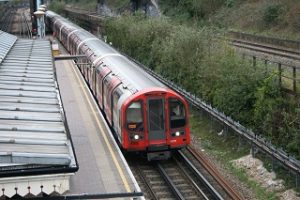 My only option was to travel by Tube to Earls Court, change and go down another line … and then, coming home, re-trace those steps. It would have added at least 90 minutes to my intended round-trip.

Not something that I was able to do, given where I had to be next. And thus my trip to see my relative was abandoned.

As I hinted earlier, modern life has plenty to answer for …

A retired academic, Jeremy will contribute article on subjects that attract his interest. More Posts