In a perfect world he would have hoped that Bernd Weisberger would not have been an automatic qualifier and Shane Lowry would.

The end result was that the Open winner of 2018 would be a captain’s pick and Justin Rose miss out. 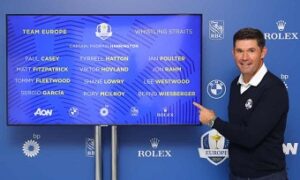 Young European hopefuls Frenchman Victor Perez, the brilliant Danish twins the Hojgaards who recently won 2 consecutive tournaments and Scotsman Bob McIntyre would be disappointed, as would be the more senior Henrik Stensen.

Captain Padraig Harrington will now be concentrating on his pairings.

He would be seeking to find the devastating combo of Seve Ballesteros and Jose Olazabal with their 14 wins.

Fellow Spaniard Sergio Garcia has 25 1/2 Ryder Cup points and though it will be tempting to match him with another Spaniard Jon Rahm he might be needed with a rookie like Victor Novalnd.

I often feel too much is made of rookies.

In 1969 in one of the most bitter Ryder Cups when the skipper Eric Brown ordered the then UK team not to search for American balls in the rough, rookie 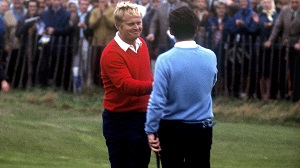 Bernard Gallachar beat Lee Trevino 4 & 3 whilst another rookie – the great Jack Nicklaus – restored golfing courtesy, much to the annoyance of US captain Sam Snead. with his concession to Tony Jacklin at the 18th.

There is too the danger of overloading your best players in the first two days of foursomes and greensomes, denying experience and game time for those in the final day singles.