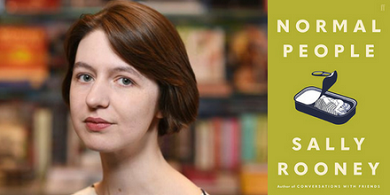 Irish writer Sally Rooney is very much ‘literary flavour of the month’ with two successful and critically-acclaimed novels now published.

Her second Normal People I approached with some wariness. It won the Costa Prize and there was some concern that it failed to land the Man Booker. However I am no fan of book prizes. There is such a long list for judges that inevitably compromises are reached.

Further, Sally Rooney seemed to tick the right boxes of being young and female. Added to this that Irish writers tend to write about Ireland, a country with its traditions of harsh theocracy that I have never found that appealing.

It’s a right of passage novel in which two friends from school, Marianne and Connell have a long relationship based on friendship, sex and attraction but one that is poorly calibrated and often asymmetric. They both go to Trinity College, where the writer went too, and you did feel that the novel charts her own experiences. The writing is fresh and engages the reader though there is no plot as such just the fluctuations in the relationship. There is tendency to describe the mundane as in she poured a coffee and took some milk from the fridge. This happens too often and a good editor would have removed it.

The novel has been compared to The Catcher in the Rye but for me it was short of J.P. Salinger’s masterpiece of twentieth century literature.

Before acclaiming Ms Rooney as an outstanding writer alongside her peers Colm Toibin and Sebastian Barry, let’s see if she can write a third novel based not in Ireland and distant from her own life experiences.

A former literary agent with three published novels of her own, Melanie retains her life-long love of the written word and recently mastered the Kindle. She is currently writing a historical novel set in 17th Century Britain and Holland. More Posts