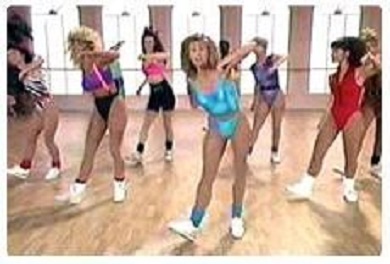 Apart from trying to do to some PT (as we used to call it) in a pair of 1980s leotards and leg-warmers – plus an old Jane Fonda JVC video that of course I cannot play because nobody has a video-record/player these days – that I found in the corner of one of my wardrobes, my biggest bug-bears in the current lock-down are the succession of aches and pains that come upon me as a result of spending even more hours than normal in front of the computer screen.

Leaving aside for the moment the future review of what actually happened and where UK society will go once all of this is over – my subject today is how things are going for the Government at the moment.

It seems to me that the brownie points that Boris and his merrie men (and women) have so far banked – and one might allow that they’ve done reasonably well, notwithstanding that any Government finding themselves in this situation would have achieved not dissimilar – are accompanied by aspects of their performance that might go to detract from any glowing first school report.

For me the first and greatest of these lies in their presentation.

For all his hero worship of Churchill, Boris starts from a minus position because his public image is that of a privileged buffoon semi-clown who cannot be trusted and has slid through life without any hardships, deprivations or understanding of how the rest of us live.

In addition, his madcap assertion as a youngster that his ambition was to become “King of the world” is a ball and chain that will haunt him all his life.

The average member of the UK public carries a healthy scepticism towards anyone burdened with giant-sized proportions of entitlement, arrogance and self-interest. We prefer our leaders to bear their gifts with humility and frankly Boris’s occasional bumbling jokey self-deprecation barely gets to first base in this regard.

As a result, try as he might, his attempts to behave like a serious political leader come across as an act rather than the hoped-for real deal.

The issue for me – and I suspect the public at large – is that the Government’s attempts to deliver the right messages at the right time are hindered by the ‘obvious’ politico-speak and tactics it is deploying. 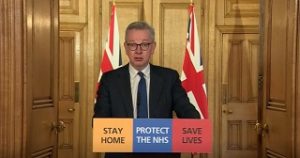 The “Stay Indoors – Protect Our NHS – Save Lives” signs writ large at the lecterns from which the ministers of the day spout their stuff smack as coming straight from the Tory Party’s General Election mantra “Get Brexit Done” that was displayed before the watching nation and spouted repeatedly by everyone from the Prime Minister and Cabinet downwards to MPs, candidates and even Government press officers ad nauseam.

Similarly, whatever questions the representatives of the news organisations and Fleet Street lob in their direction at the daily press conferences, the ministers in charge always systematically respond by respectfully acknowledging their insightfulness and importance – and then completely ignore the question and instead just simply trot out the pro-forma “The Government is doing everything in its power to sort [the problem of the moment], we have already done this and that and … er … next week the ventilators/protective equipment/testing kits/[whatever else we’re talking about] will be available in their millions …” official line in verbiage-by-the-yard. 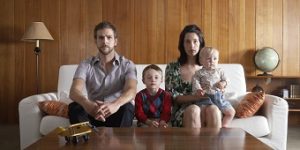 I strongly suspect that by now most members of the public will have formed the same view as me – viz. that the value of these daily Government press conferences as a source of much-needed public information is diminishing by the day.

Give it another three weeks and few of us will be watching them anymore, save perhaps by accident as and when they interrupt our daily dose of Pointless whilst we await the BBC One’ Six O’Clock News.

Separately, to finish, a nod to most (Labour) Opposition MPs and/or big-wigs who have been appearing on radio and television since the Coronavirus crisis began.

For the most part they have toned down their instinctive rhetoric and criticism of the Government and limited themselves to pointing out groups or sectors apparently being “left behind” or “out” of the various Government initiatives that get announced.

Maybe things will change shortly when the new Labour leader is decided and he or she strives to mark their early mark, but for me (at the moment) they’re doing the right and responsible thing in the circumstances.

Meanwhile, of course – as per usual – the no-hoper Lib-Dems and other minnow parties have disappeared completely off the radar.

A university lecturer for many years, both at home and abroad, Lavinia Thompson retired in 2008 and has since taken up freelance journalism. She is currently studying for a distant learning degree in geo-political science and lives in Norwich with her partner. More Posts