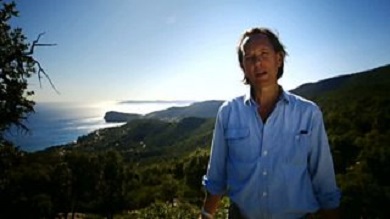 Since lockdown it’s been meltdown for the travel industry and not the most upbeat of times for me.

I was heartened therefore to watch a programme on the history of the art of the Riviera last week  which brought many memories of Rust trips there.

The first part, narrated by Richard E Grant, focused on the late nineteenth and first part of the twentieth century.

The Riviera, which Grant stated to stretch from Marseilles to Menton, is normally shortened to the Alpes Maritimes  section. 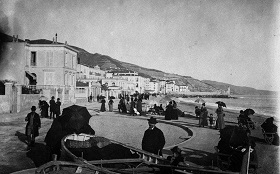 It was the Edwardian Age when the English that first travelled here in winter as a break from winter smog.

Queen Victoria even came to the hills of Nice at Cimiez.

Most of the painters cited moved south from the north although Paul Cezanne, who settled in Estraque near Marseilles, originated from Aix-en-Provence.

Henri Matisse and Paul Cignac all followed Cezanne though more in the migratory way.

Oddly the programme did not mention that Matisse and Andre Derain founded the Fauve movement here.

Richard E. Grant knew the region well and was happy when required to play second fiddle to the experts. The one from Oxford University was diffident and learned, the other from New York University bombastic and learned.

You do not have to be an artist to be drawn by and appreciate the light and colours of the Riviera. 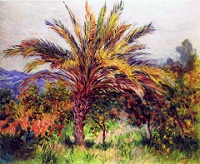 There are wonderful gardens too not far away.

Claude Monet painted that of the French Consul in Bordighera. Again not mentioned are the wonderful Hanbury Gardens there.

With five minutes to go there was hardly a mention of Picasso – and none of Dufy nor Pierre Bonnard – but that is because there is a second part this  Wednesday covering the Americanisation of the Riviera which cemented its international reputation as a sophisticated venue and attracted the Paris set of painters under the yolk of Nazi occupation.

I shall look forward to part two.

A widely-respected travel editor, Nancy is a past president of the Guild of Travel Writers (GTW). She and her husband Phil now run a horse sanctuary in East Sussex. More Posts