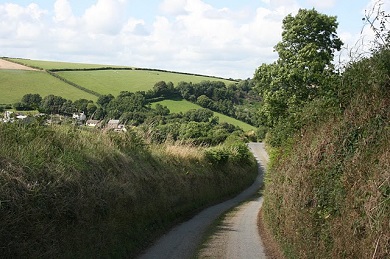 Our readers might find this difficult to believe but we do not confer before our postings so it’s entirely possible to write on the same theme. Today I am touching on a subject aired yesterday, namely road travel. It’s that time of year again when the Rusters make their annual pilgrimage to Daphne du Maurier land. I left yesterday as the advance party. My 18 year old Volvo, Wodin, is not up to a 5 hour journey and in fact except for the odd shopping trip not up to too much these days. So I went to a hire car company and rented an E class Mercedes. I feel I can justify such extravagances as my motoring costs are relatively minimal. I am the navigator and nurse friend of mine Jessica the driver.

The greatest advance in motoring since I acquired Wodin is in computers. This car had a screen the size of a tablet.

It was relatively easy to navigate and obtain our radio station of choice, first Classic Fm then Test Match Special on Radio 5 Sports Extra, the camera made parking a doddle but best of all was the sat nav system that showed us where we are, how far to our pit stop,an old friend near Salisbury and any variations to our route that would save time.

The seat at a touch of switch could move front and backwards and you could recline to whatever position was most comfortable. It really was a divine motoring experience. The whole journey, including a one hour pit stop, took six and a half hours.

My only issue was the sat nav system. From previous journeys I know it’s best to turn off before Bodmin. The Dartmoor town is rather bleak and has little to offer it except for a dinky steam railway.

The sat nav took us right into its centre, gridlocked by road works.

This said, the final stage to Fowey is labyrinthine along twisted Cornish minor roads with poor signposting and we were grateful to the sat nav as in the previous years we inevitably got lost. 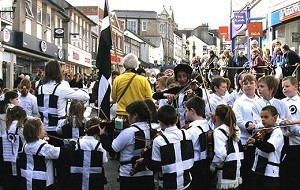 At the time of our last visit last year in early June the country was in high excitement for the referendum. Although Conrwall receives substantial subsidies from the EU it was emphatically leave. Protection of their fishing is a big issue but there is something fiercely chauvinistic about the Cornish. They have lost their copper and tin industries and are reliant on tourism but I have never found them especially welcoming and anyone from outside Cornwall is treated with a frosty suspicion. It has however attracted reclusive writers like Daphne du Maurier and John Le Carre and artists like the Newlyn School.

It does not have a particularly good climate and as we arrived the heavens opened and rain fall heavily. The cottage is cosy and after preparing a chicken roast which I have to say was delicious washed down by New Zealand Sauvignon I settled down to Doyle’s War which I slept through.