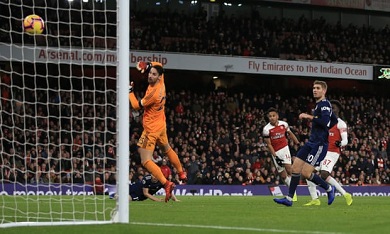 Although Arsenal ran out easy winners, we had two chances to score before Arsenal did – both falling to Ryan Sessegnon who muffed them even though they fell on his more reliable left foot.

Arsenal scored first with the now familiar sight of the opposition scorer having as much time and space as he needed – in this case Granit Xhaka – to hit home. In the second half Lacazette made it two. 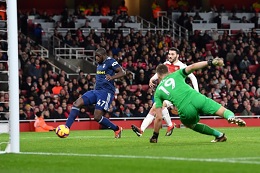 Kamara after the penalty fiasco redeemed himself with a goal from Sessegnon’s low cross.

At this point Ranieri should have gambled and introduced Vietto but he continued with five at the back and it was Arsenal who added two more.

But for the keeping of Sergio Rico it might have been more.

With home games against all the big boys (Liverpool, Manchester City, Spurs, Chelsea and Manchester United) and no wins yet on the road I am not confident that we will get enough points to survive.

Ranieri sets up the team defensively but one point will not be enough per game.

We need at least 3 from at least 3 away games. There has been under both Slavisa Jokatovic and Ranieri too much tinkering.

Yesterday, in the enforced absence of Calum Chambers, Ibrahim Cisse was preferred in his enforcing position to Kevin Macdonald, one of the heroes of last season. A commanding centre back like Gary Cahill will make a difference but in the last four games we have scored three goals and this needs to improve.